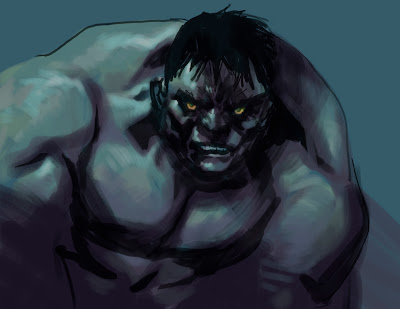 Got my hands on Street Fighter 4

I just got back from Tokyo and was fortunate enough to be there for the beta testing they were doing at the various plaza capcom's around tokyo. I've been on the fence about so much of the look, it seems like they could get the 3d to look more like their drawings but aside from some really gross up close 3d animation, namely guile, the games whole package is pretty impressive in motion with full effects etc. The game is fun to just watch. I was able to get on three times, if and when you lose, you are only playing human opponents, you lined back up. I tried ryu once and blanka twice and on my final trip with blanka I actually had 3 wins, I was not able to pull off any of the super moves on joystick quite yet so I just played all straight up with their regular moves which was more than effective. I have to say the game feels awesome! I was actually not so thrilled about all the street fighter 2 /turbo gameplay but I actually found it to have more of the nice meaty feel of third strike. You really feel the hits and you feel like your characters are connecting/hitting your opponent, which what was usually lacking to me in most 3d fighters. The speed is perfect, pretty fast without being crazy. The attack and character animations in general really bring it all to life. The game just feels immediately addictictive, now I absolutely can't wait for this game to come out, to play online, to see what else they have in store for the game.
Posted by Paul Harmon at 10:25 PM 1 comment: 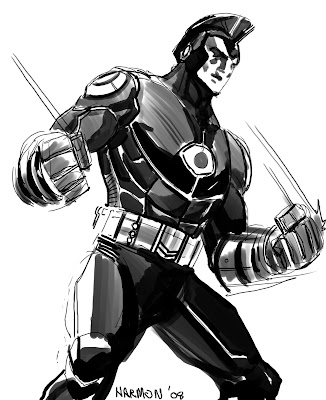 he's a weird one, not exactly happy how this came out but first sketch of that dude
SMASH BROS BRAWL!!!!  can't wait!! who's getting it? lets battle! i'm no good but lets battle!
same goes for cod4 on ps3 the first fps i have truly enjoyed
i'm getting burnt out so much work too many projects i just want to play some video games for awhile and recharge...
Posted by Paul Harmon at 9:09 AM 4 comments: